We are open for indoor dining and carry out, and now offer Grubhub delivery!
Order NowUber Eats

In 2008, two United Auto Workers, Gene Dunne and Bill Smith, opened up a franchise restaurant in Shelby Township, Michigan. And although they had a comfortable future in their skilled trades jobs, deep down they knew there was something more for them — Mavrix is that something more.

After nearly nine years of doing things the franchise way, they made the tough decision to dissolve their franchise contract and lead their own vision — and thus, Mavrix Restaurant & Bar was born! 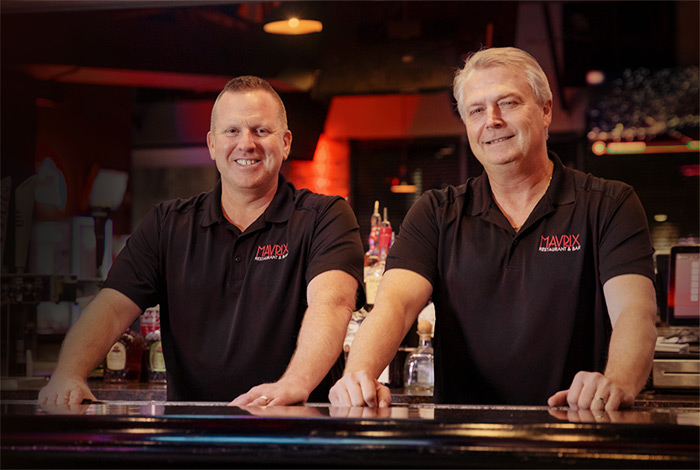 Come on in and see what’s going on!

Just a short ride to stray away from the every day!